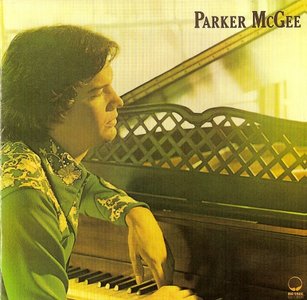 Parker McGee- Meridian, MS.       Here's an artists that we often overlook. Parker Mcgee (Jerry McGee) is an awesome music and songwriting talent. His written works have been recorded by  music legends like England Dan & John Ford Coley, George Harrison, Seals & Crofts and Tanya Tucker.  "I Really Love To See You Tonight" peaked at No. 2 on the Billboard Hot 100 and "Nights Are Forever" peaked at No. 10.  How cool is it to be the songwriter for these mega hits recorded by England Dan & John Ford Coley.  In 1976 Parker he released his self-titled debut on Big Tree Records. Produced by Kyle Lehning and featuring songs all written or co-written by McGee, the album stands alongside stylistically with other mid-70's soft rock artists such as Seals & Crofts, America, and Gordon Lightfoot. The single "I Just Can't Say No to You" reached No. 42 on the Pop Singles Chart and No. 7 on the Adult Contemporary Chart. Reissued on CD in Japan only, Parker McGee is now out of print and quite difficult to find. Many artists have recorded Parker's songs and in addition to those mentioned above we can add Barry Manilow.

Parker McGee is best known for writing the breakthrough hits for England Dan & John Ford Coley, the sublime "I'd Really Love to See You Tonight," and "Nights Are Forever Without You." Both titles are not included but would have been perfect on this Big Tree/Atlantic self-titled debut. What is interesting is that the line-up of sidemen is almost identical to that on the Nights Are Forever album by the aforementioned England Dan Seals and John Ford Coley — both discs bookends produced and engineered by bassist Kyle Lehning. Single-handedly, Parker McGee actually sounds like the duo who had two Top Ten hits thanks to his efforts. "You Got Me Runnin'" is a sister song to "I'd Really Love to See You Tonight," right down to the intro notes. McGee has that two-and-a-half-minute pop song formula down pat. "Talkin' 'Bout Loving You" has a bit more identity, with female vocalists and slick musicianship helping the singer. You can almost hear "It's Sad to Belong," the Randy Goodrun hit for England Dan and his partner in "Angel Dancing." The real oddity is that "I Just Can't Say No to You" is the only song with a co-writer, Parker employing ideas from guitarist Steve Gibson. It sounds exactly like, you guessed it, England Dan & John Ford Coley. Frighteningly so. Had they released this tune under that banner it would have joined their other hits. While other major '70s songwriters (Tim Moore, David Pomeranz, and Randy Edelman) found their material revamped and given a treatment much different than their own, producer Kyle Lehning is content to clone his own work. "Got That Feeling" starts side two, and it is an anomaly here. Fiddle and banjo alter the pop sound found on most of the disc, bringing an interesting country sound — it works better than the maudlin "Goodbye Old Buddies" which opens side one. Sugary sweet short songs with harmonies and minimal lyrics are where Parker McGee shines. "Boy Meets Girl" and "Feather Lite and Honey Smooth" are two more diversions from the recipe, a refreshing change. On the whole, Parker McGee is a very nice album for fans of Seals & Crofts, Linda Ronstadt, and other Top 40 performers and songsmiths who ruled radio in the mid-'70s.


Frank Morris (lead guitar player for Paul Davis in the '60s) recently wrote me that Parker used to come over to Frank's home studio to record his work (late '60s-early '70s).  He moved away from Meridian in the early '70s and by the mid-'70s his work exploded across the Billboard Hits Charts. No recent information about his music presence has been found but his work is still available on Amazon, CD Universe and he is still  popular in the UK and Japan. And his name appears all over the Internet among the credits as music he has written for major recording artists. Another great music talent from Meridian, MS. 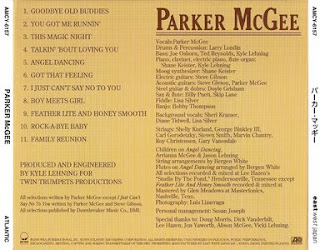 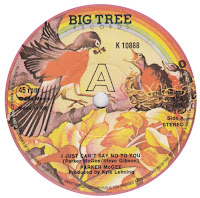