Al Wilson is a Mississippi native who is not perhaps well known. However, he became a traveling man who sang and played drums for various bands before he himself became a solo artist..  Al Wilson was born on June 19,1939, in Meridian, Mississippi. He attended school at Kate Griffin Elementary. Wilson wasn't much interested  in education; instead he focused on music.  He also acted in school plays and later  won talent shows as a singer and took first prize in an art contest. By the age of twelve, he had earned money as a country and western singer, formed his own spiritual quartet, and was singing in the church choir. In fact, he began singing at his church at age seven or eight. His preacher saw wonders in him and encouraged him throughout childhood.

In high school, Wilson moved to San Bernadino, California, where he continued to work to help support his family. Between odd jobs as a letter carrier, clerk, janitor, and laborer, he took up the drums and practiced pounding out seductive rhythms in his spare time. After high school he toured the Southern states for four years with Johnny "Legs" Harris and the  Statesmen. Wilson joined the United States Navy. After serving two years, where he sang with an enlisted men's combo, Al ended up in  Los Angeles. He was alone and unknown, so he made the rounds of cabarets and nightclubs, singing wherever he could.  He created a rhythm and blues singing group called the Jewels.  After leaving the Jewels, he joined The Rollers.  When the Rollers  broke up, Wilson formed the Souls, his own instrumental San Bernardino-based quartet and scored.

Al met Marc Gordon in 1966, and Gordon become his personal manager. Marc introduced the young singer to Johnny Rivers.  Johnny Rivers signed Al Wilson as a soloist with Soul City Records. He then began a ten- year period of chart topping music. In 1968, Do What You Gotta Do and The Snake topped rhythm and blues charts. Wilson had consistent success throughout the 1970’s. His second album on Soul City Records, called Weighing In, in 1973 sold two million copies. Also debuting in 1973 was Show and Tell. It was named Crashbox Magazine's number one single of the year. One year later, “La La Peace Song” debuted as number one in 1974. His career began winding down, but Wilson landed one last chart appearance in 1979, with Count the Days. 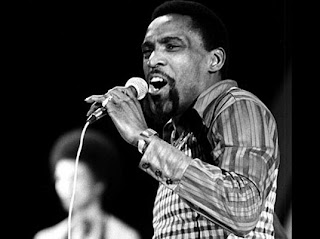 Al Wilson’s style is a blend of earthiness and sophistication. His wide range of pop and jazz, rock and blues and gospel and funk showed his versatility. Wilson traces his style to no single influence. He considers himself  a performer instead of a singer and drummer. Wilson has done stand-up comedy at local clubs and also played with a variety of vocal instrumental groups. Some critics say of his style:   “Whether on record, television, or on stage, Al Wilson has that special quality that marks him as an enduring star ”("Biography of Al Wilson).